In 1832 sixteen students began the Eucleian Society at New York University, originally under the name “Adelphic Society”. After debate the name Eucleian was chosen in honor of Eukleia- εὔκλεια, the Goddess of Repute, Glory and War, associated with Artemis, the Goddess of the Hunt and protector of women and children. The Society had as a rival, the Philomathean Society at New York University. While both Societies forbade membership in their rival society, early records show that members were sometimes punished when discovered to be holding mutual membership and a few resigned to join the rival society.

During the period of its founding, student societies such as the Eucleian Society collected their own libraries and augmented their instruction by employing the noted minds of their day. Literary and debate societies offered a departure from the learn-by-rote instruction that prevailed in much of university instruction. Benefiting from a trust formed by A. Ogden Butler and family, the organization had a stable source of revenue. The Eucleian Society provided its membership at NYU with a library and augmented student instruction. The University gave the Society its own rooms at the Main University Building. The Eucleian Meeting Parlor was said to be “fitted up in a style of taste and elegance highly creditable to the young gentlemen members.”

The organization was well known enough in New York City to be announced in major newspapers in throughout the 19th century, despite of its habits of secrecy. On occasion Eucleians hosted open forums for important topics of the day, inviting lecturers of great popularity and fame. Politics, current affairs, literature (especially the Gothic and Romantic popular in the era), and university events seems to have been the most popular topics for internal essays, orations and discussions. The Society also employed repeated symbolism, allegory and other seemingly mystical allusions in its writings, none of which are fully explained in its writings. Until the turn of the century, officers of the Eucleians also gave public speeches at commencement, apparently occupying a central position in those functions. This practice was ended to preserve the privacy of the Society’s membership. 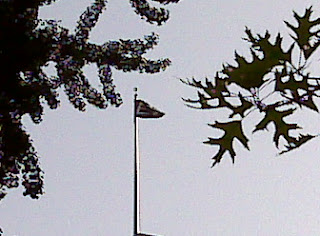 Little has been shared about the system or workings of the organization. The process of membership is said to take several months and to be multi-staged. The aim of the process has been described in general terms to create familiarity among the members and to inculcate the values of the Society. The primary values are excellence, faithfulness, development of the individual, mutual assistance in supporting each member’s aspirations and social responsibility. Members are selected once or twice a year.

To date, the Society refuses to induct female members.

If anything could be said about the prevailing culture of the Society during its early era (to now) is that it tended to be “Christian progressive” thought today what  they term “Paleo-conservatism”.  It supported gender equality and abolition at an early juncture. Society members took an unusually keen interest in the plight and nature of Native Americans, hosting and producing a series of lectures and essays on the philosophy and nobility of the “Indian Character”. Perhaps owing to influences from University leaders and advisors such as Rev. James M. Matthews and Theodore Frelinghuysen, a number of Society members became noted Protestant clergy and Protestant religious scholars.

The Society was a manifestation of student debate and literary societies that were popular prior to fraternities and sororities. It is not surprising that men on the Eucleian rolls gave rise to the Zeta Psi fraternity in 1847. These organizations were influenced by Freemasonry’s moral code based on Enlightenment philosophy and ritualism. The William Morgan Affair which gave rise to anti-Masonic witch-hunts forced increased secrecy among fraternal organizations, undoubtedly affecting the ethos of secrecy among the Eucleian Society and like organizations.

One early lecturer became a very popular figure with the Society. Edgar Allan Poe was a repeated guest of the Eucleian, and lived on the Square; his poem “The Raven”, which had given birth to his celebrity, also became popularly associated with the Society. In a fictional work based on New York University’s history of “secret societies” author Linda Fairstein uses the term “Raven Society”, noting that it was also used in references to a New York University literary society that had an association to Edgar Allan Poe. (There is also a Raven Society at the University of Virginia.) References in early yearbooks, and fraternity insignia that Ms. Fairstein cited gave rise to the use of “Ravens” or “Raven Society”, as an alternate name though it is clear the Society rejects this as a formal name and deny Poe was a singular influence. ‎

Two Society publications, The Medley and the Knickerbocker, became popular well beyond campus with New Yorkers in the mid 1800’s to through the 1920’s. Much of the writing was humorous and satirical, finding its fodder in the events and figures of both campus and city. It is not entirely clear which members took part in writing the articles for these literary collections since members of the Society had taken to using nom de plumes. Some of the listed and identifiable writers of the Knickerbocker went on to write for the new Harper’s Magazine reducing the Knickerbocker to a magazine only of student interest until it ended publication. Another circle of Washington Square writers originally associated with the Society (but expanded to non-members)took on the name Ravens in the 1930s to 1950s.

In the late 1930s and 1940s the Society became increasingly separate from the University despite having on-campus accommodations. Numbers in the organization dwindled in the 1940s as a result of World War II. Another cause for Eucleian’s lower profile seems to have been the perception of elitism by other NYU students. A quip in a yearbook of the era describes Eucleian as having membership that includes “John Quincy Adams, The Rockefellers, and that crowd”. (The organization did consist largely of the social “elite” of the time.) This alleged snobbery also became a theme of self effacing humor in the diminishing external publications of the Society in this era; the Society refers to itself, and presumably Andiron Club as “the reclusive old Establishment” in a 1930s NYU yearbook. This tongue-in-cheek reference had to do with the club not taking part as a unit in spirited student games, competitions and hazing of freshmen that occurred in the early fall at NYU.

By the mid century onto 1980s, membership also came to encompass New York area students, faculty and literati with and without New York University affiliation. It was at this time late Coleman O. Parsons, (a professor at Columbia and graduate of Columbia and Yale) became the first head of the group with no NYU affiliation.

Other non-specific cultural manifestations, outside of the serious work of self and societal benefit have been noted; in a 1965 Club correspondence a description of the Eucleian claims a “history of pranks in bad taste; formals in good taste and celebrations where taste is temporarily put aside.”

In the late 1980s and 1990s the remaining student membership of the organization attempted to revitalize its undergraduate operations as a senior society. During this time the organization functioned at various sites on campus, with the support of sympathetic faculty and for a time from rented rooms in the East Village. Secrecy seems to have been increased by design, in part because of differences with some alumni and faculty membership and partly to prevent what was seen as hostility towards independent student organizations.

We have opened our ranks to remote in an effort to recruit in a covid-19 era. We will review the applications in a hope to gain new potential membership outside NYU where since 1832 we have been located at. We are looking for those looking for higher aspirations in life. We can help those that are a right fit for our ranks. We have opened our ranks to remote and both male/female candidates.

Secrecy, Trust, Dedication & Honor are among traits we are looking for. If you want to think outside of the box why not commit to a proven organization for something that could lead to a lifetime of achievements. We will consider applications outside of NYU and the United States for the first time in History. Remember our membership has included former United States Presidents in our ranks. The Eucleian Society is one of America’s most powerful Secret Societies, We are a society with influence in all levels of American institutions. Over time, the most influential and powerful members, their secret rituals, and the meaning behind the most recognizable symbols have never been revealed like most societies have.

Email your resume and a written paragraph why you like to join the Society to be considered contact@eucleiansociety.com