Hashima Island is located just nine miles off the coast of Nagasaki, Japan, in the East China Sea. Its other names include Midori nashi Shima (“the island without green”), due to its industrial roots, and Gunkanjima (“Battleship”) Island, due to its shape. The island is approximately 16 acres of land, with a circumference of 1.2 kilometers. In 1959, it was the most densely populated place on earth, with 5,259 people in its tiny space. However, it now stands abandoned, and in 2015 was declared a UNESCO World Heritage Historical site. So what changed?

To understand what happened, you must first understand its history. Coal was found on Hashima Island in the late 1880s, and by 1890, it had been bought by the Mitsubishi company. They ferried their workers over from Nagasaki every day until 1916, when the company decided to instead build housing. And with housing came a miniature city, complete with Japan’s first seven-story apartment complex, a public pool, a school for the workers’ children, and more. All of this was built using concrete and reinforced with steel to protect against typhoons. A sea wall was erected for the same reason. Now, those same buildings are crumbling due to lack of upkeep and continuous storm damage. The workers who lived there had all the latest technology of Japan’s industrial boom, coming to include televisions and refrigerators. However, they were the lucky ones.

In the 1930s and until the end of WWII, Korean civilians and Chinese POWs were brought to Hashima to do forced labor in the most dangerous parts of the mines. The testimonies are chilling. The air was humid, food was scarce (often just bean mush and rice), and they were beaten if they stopped to rest. Many of the slave labor force had to work in such small spaces that they were forced to crouch to dig, making it even more backbreaking than ordinary coal mining. Due to gas buildup, the roofs of the mine were at constant risk of caving in — and many times, they did, burying those forced to dig under them. Others were forced to dig at a depth of 1000 meters, at which depth sea water soaked into the tunnels, causing skin infections. Given the situation, records are scarce and conflicting. The number of people forced into labor goes from 500 to 4,000 and the deaths, anywhere from 50 to 2,000. Local records only list 123 Korean and 15 Chinese deaths between 1925 and 1945, but those are considered unreliable. Those who survived this torture are still seeking compensation from the Japanese government. Further controversy arose when Japan’s prime minister did not mention this dark side of the island’s history when he submitted the island for UNESCO’s World Heritage Site recognition. The Korean government was understandably upset, and only withdrew their protests when the Japanese government promised to erect a memorial to those who died on the island — though the prime minister was careful not to use the terms “forced labor” or “slave labor.” 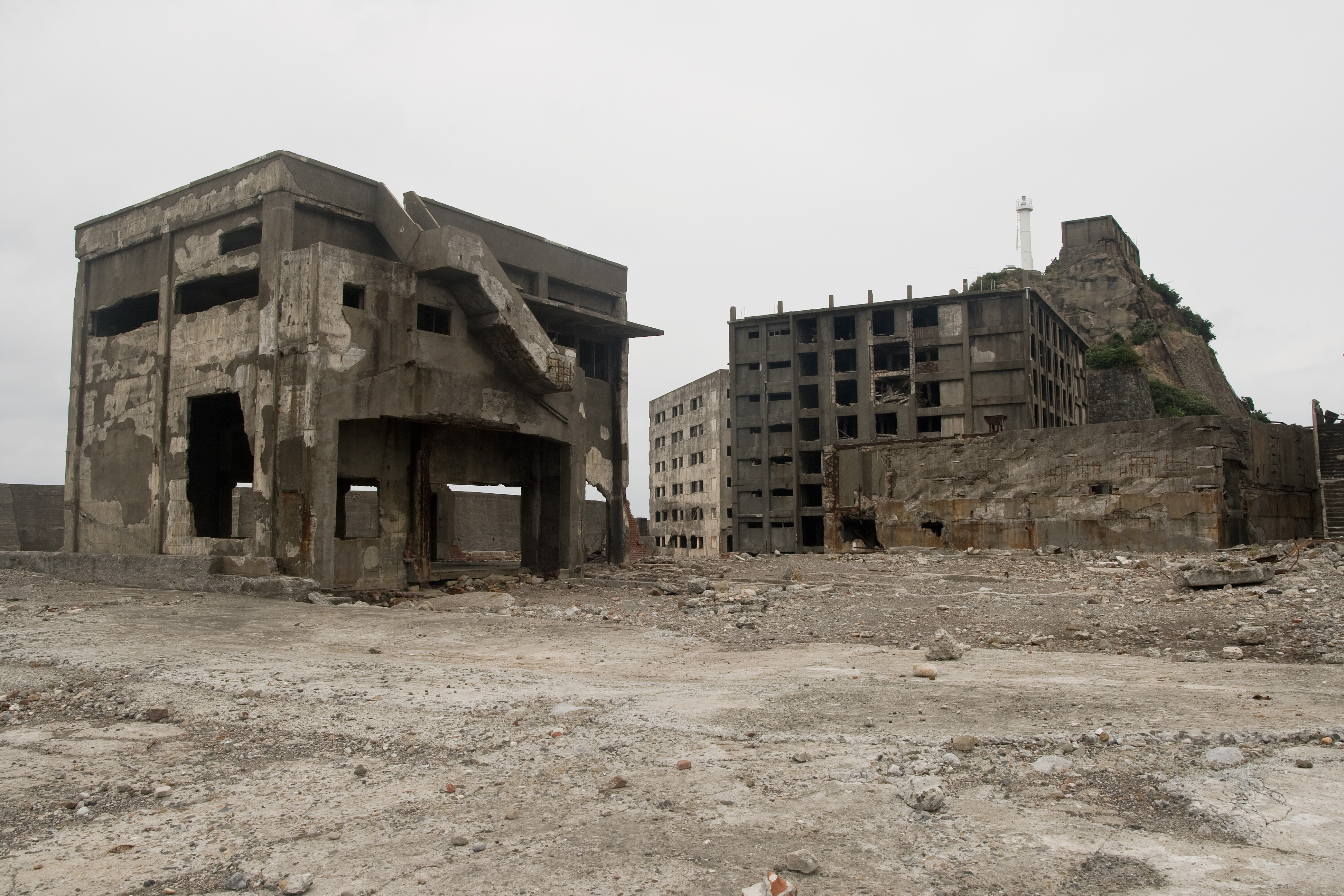 The remains of more buildings on the island. (Source: Σ64, CC BY 3.0 <https://creativecommons.org/licenses/by/3.0>, via Wikimedia Commons)

By 1941, the island produced 400,000 tonnes of coal per year. But it was not to last. In 1974, the island was abandoned due to Japan’s switch to oil as a major fuel source. The company stated that new jobs were first come, first serve, leading to a swift exodus from the island. Coffee cups, bikes, a television, and even a child’s toy sit abandoned in the now-derelict buildings. Some teachers’ names are still visible on the school blackboards. It would remain, silent and mouldering, for decades. Japanese officials did not allow people on the island until 2009 (except in documentary and journalistic capacities), but that did not stop people. Many urban explorers and ghost hunters paid local fishing boats to take them to the island, where they would stay the day — or even overnight. 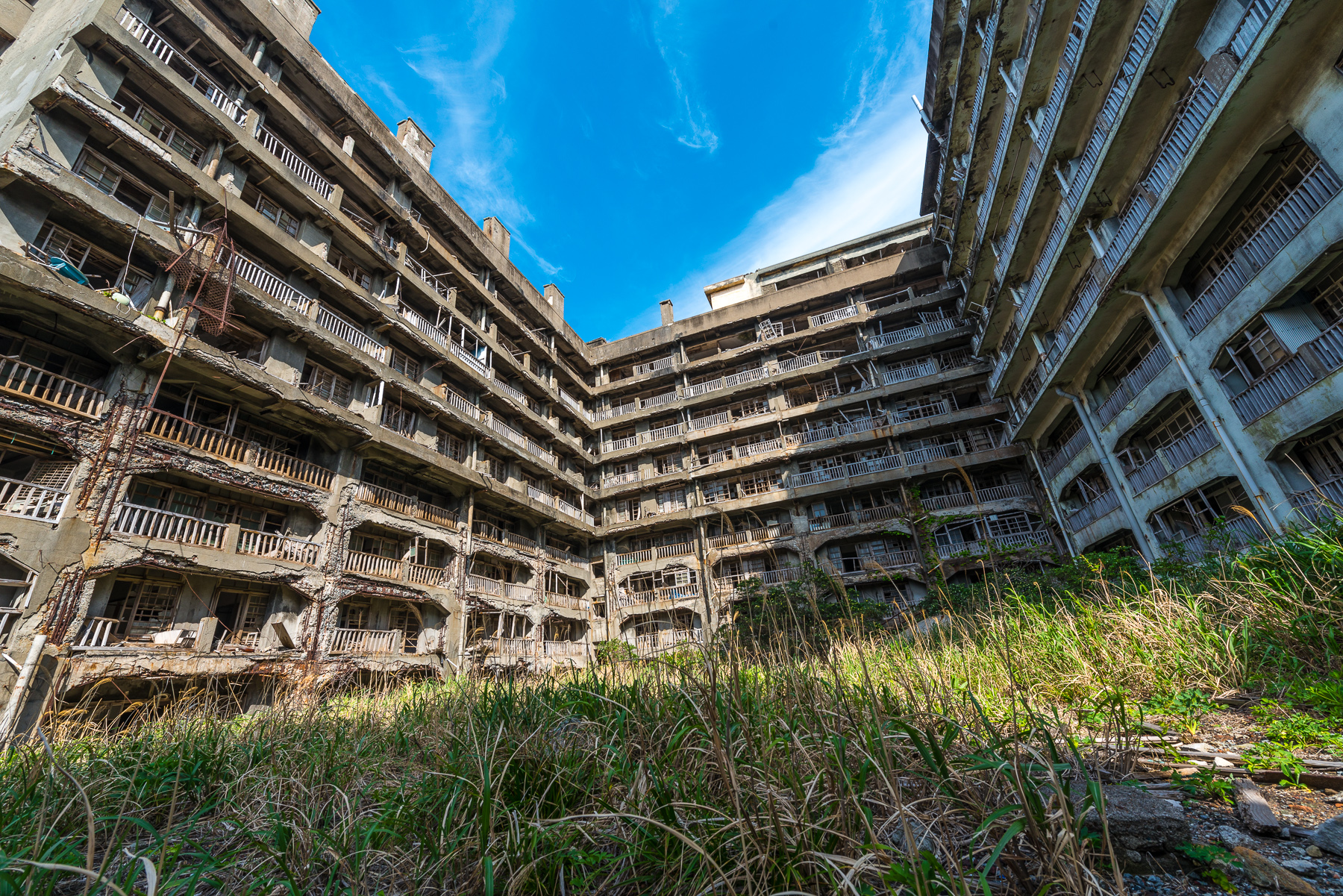 Nowadays, you don’t need to pay a fisherman to take you to the island. In 2002, the Mitsubishi company transferred ownership to Takashima Town, which was absorbed into Nagasaki in 2005. After certain collapsed walls were restored and a new concrete walkway was poured (complete with railings), tours opened in 2009. Tourists take the 30-40 minute boat ride to the island and then, weather permitting, can walk the path that skirts about a quarter of the island. No independent exploration is allowed for safety and conservation reasons — after all, this is a historical site that happens to be falling apart. The tour generally costs around $40 USD, and despite being unable to enter or even get close to the buildings, those who have taken the tour tend to agree that it is worth every penny. 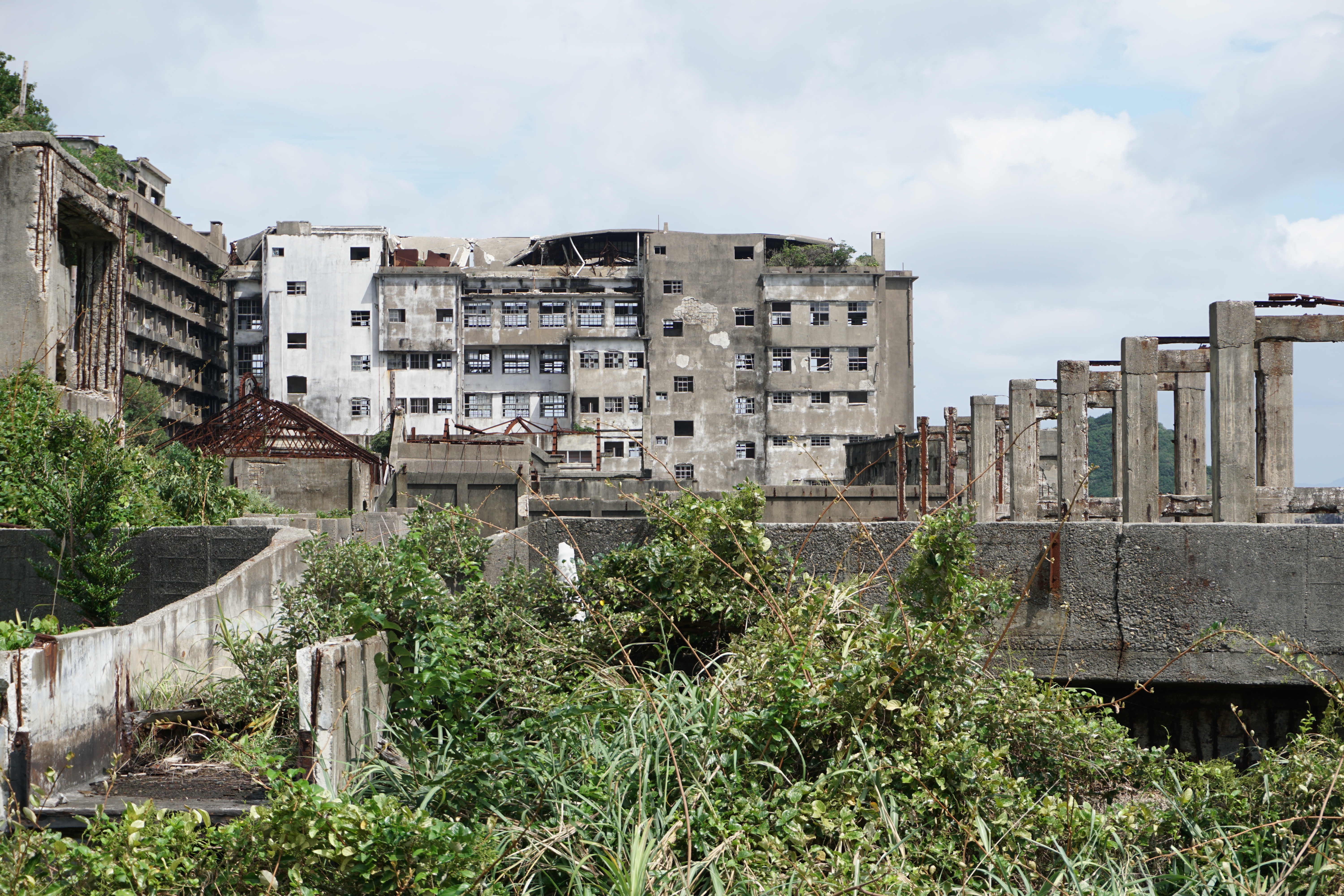 Not many ghost stories are told about the island, but not many need to be. The island speaks for itself with its crumbling concrete structures and tragic history. Whether or not spectres roam this island is unknown, but it is not hard to imagine their presence. It may be called Nagasaki’s most haunted island, but what haunts it most is its tragic past of atrocities and exploitation.